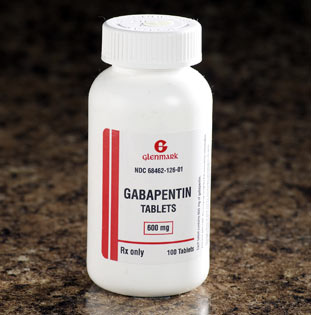 Gabapentin is used to treat cases of addiction in an off-label manner. Different companies, including Parke-Davis, Greenstone, and Teva, manufacture several varieties of the generic drug. Other drugs that have been used to treat the symptoms of addiction withdrawal, for specific substances, include:

Available in capsules, tablets, and as an oral liquid, dosages range from 100 mg to 800 mg. The frequency with which a dose is repeated depends on the specific dose, which is usually based on the severity of withdrawal and the client’s weight. The drug’s half-life is around 5-7 hours.

Generally, it is used during medical detox and throughout subsequent treatment modalities to support relapse prevention while clients adjust to their new sober lifestyles.

According to Medscape, gabapentin can inflict users with suicidal thoughts and abrupt changes in behavior. For this reason, it should only be used under medical supervision. It can also cause elevated blood pressure, fever, sleep problems, appetite changes, and chest pain.

While it has been used to treat addictions to other substances, gabapentin is most often used to treat alcoholism — an addiction some 16.6 million adults suffered from in 2013, per the National Institute on Alcohol Abuse and Alcoholism.

During withdrawal from alcohol abuse or dependency, clients may experience anxiety, tremors, agitation, and irritability. In order to understand how gabapentin works, there must be a basic understanding of how the brain works first. Nervous system activity is partially controlled by GABA neurotransmitters. Gabapentin works by reducing activity among GABA. As a result, signals for pain, agitation, and anxiety are reduced, too.

An American Journal of Psychiatry study showed impressive results during the 16-week treatment of 150 people who were dependent on alcohol, noting better results among those who were treated with both gabapentin and naltrexone than the latter alone. TheJournal of Clinical Psychiatry reported on another study in which individuals treated for alcoholism with gabapentin showed a significant reduction in how much they drank and a greater rate of abstinence than those in the placebo group.

Gabapentin has the same calming effect on individuals who are detoxing from marijuana and benzodiazepines. Despite claims from fans of the plant-based drug, marijuana is indeed addictive. In 2012, 305,560 people checked into rehab citing cannabis as their primary drug of abuse, per the Substance Abuse and Mental Health Services Administration. One Neuropsychopharmacology study that analyzed the use of gabapentin in the treatment of marijuana addiction and withdrawal noted individuals in the gabapentin treatment group used less marijuana, had fewer withdrawal symptoms, and experienced improvements in cognitive functioning, compared to the placebo group.

I did have a glass of wine at Christmas, one beer on my birthday, and one glass of wine at Easter. That’s it. I use to have 10 beers a day, and three glasses of wine or gin for bad panic attacks and generalized anxiety. So for me (not everyone) I can have that occasional drink with friends, at party or any social event – then come home and not touch the stuff and WITHOUT ANY CRAVINGS AT ALL – as I had during my 40-year binge. Still, this drug is amazing. AA never worked for me.

“I went on gabapentin for alcoholism that troubled me for 10 years when nothing including Alcoholics Anonymous barely worked. I read anecdotal information that it helped with alcoholism, went on 600mg twice daily and it was the first thing that helped me.

Now I take 1200mg twice daily and find it works great! Afterwards I read a study in the Journal of American Medicine, Gabapentin in Alcohol Dependance, 2014 that confirmed it works well in many people for cravings and binge drinking. This medicine should be further studied to confirm it works well. On this site it is obvious it helps a lot of people struggling with alcoholism which I have, along with Bipolar Disorder. I call Gabapentin my” happy pills” that also takes away my anxiety

I’ve detoxed several times. The last one was really bad. This time My Dr. put me gabapentin 300 mg. 3 times a day and Lithium. I usually suffer withdrawals for 5-7 days. I did have anxiety for two days, but I’m on day 3, no anxiety and no cravings

Frequent and excessive use of Gabapentin can lead to a physical and psychological dependence on the drug. This is when someone becomes so accustomed to taking a drug that they need it to feel and function normally. Quitting a drug like Gabapentin cold turkey can be dangerous and induce several withdrawal symptoms of varying severity. These include anxiety, insomnia, nausea, pain, and sweating. Quitting also increases one’s likelihood of having a seizure which can lead to personal injury or the development of medical problems and life-threatening emergencies. Trying to quit should be done at a rehab facility or with the guidance and supervision of a professional during a medical detox.

Signs of a Gabapentin Addiction

Effects of excessive Gabapentin use include:

It is important to try to recognize these symptoms and to be wary of other red flags, such as the presence or abundance of pill bottles. These effects can be detrimental to one’s health, livelihood, and overall safety.

Many Gabapentin users in early recovery abuse Gabapentin because at high doses (800mg or more), they may experience a euphoric-like high that does not show up on drug screens. Gabapentin abusers typically take the drug in addition to opioids to produce their desired high, a dangerous and potentially deadly combination. It is possible to fatally overdose on Gabapentin, both on its own or in conjunction with other drugs. However, there is currently no antidote that can be administered to someone in the case of a Gabapentin overdose as there is with opioid overdoses. If you find a loved one showing signs of an overdose–drowsiness, muscle weakness, lethargy and drooping eyelids, diarrhea, and sedation—seek medical attention immediately.

Your billing Address and Shipping Address must be the same. Please write your order ID at the back of your money order.

We cannot refill your medications automatically. You have to come to our website usahealthstore.com to refill your self.

Please remember the email that sent you tracking ID and you can also ask refill from that email account if your address is not changed and health conditions are not changed.

We provide Free Priority Mail shipping to all orders. The System will send you tracking ID once your order is shipped. Normally your package will be delivered to your door 4 – 7 business days.

ORDER NOT PICKED UP

You can not cancel your order after you click “Place Order Now” link. It means that you must pay the money order to Postman and pick up the order when the medication is delivered to your door.

If you cannot pick up your order, please do not click “Place Order Now” link. Some pharmacies will not send you any orders if you have order refusal history.

One warehouse has a long history. If you have refused once even in 2008, they will not send you orders any more.

What we can not do

We only do credit card processing for returned COD customers